jerusalem center
for rehabilitation & education
of children with cerebral palsy
000 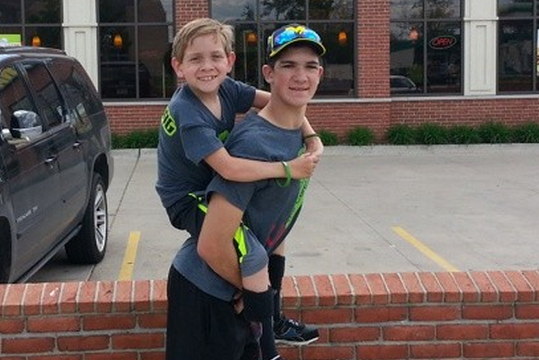 Hunter Gandee came up with the title of “Cerebral Palsy Swagger.” It’s an amusing and quite understated title that doesn’t quite do justice to the 57-mile trek he undertook this past June to help raise awareness for the brain disorder. Leave it to a modest fifteen year old to downplay the his role in this admirable accomplishment.

Hunter was inspired to undertake the journey by his little brother, Braden. Braden, who suffers from CP, went on the journey too, strapped to his big brothers back. It’s been a means of travel for the eight-year-old his whole life, so Hunter decided this was the way he would complete his three-day walking campaign.

The trek began in Lambertville, MI, where Braden attends a local school. Over 500 hundred of his classmates accompanied them on their first steps. The journey ended in Ann Arbor at the University of Michigan Rehabilitation Center where Braden underwent a previously-scheduled surgical procedure.

Despite the modesty of his “Swagger”, Hunter was moved by the journey he and his brother made. The positive attention and support they received was more than he imagined and it gives him hope that his generation can do more to raise awareness of cerebral palsy and better understand those who live with it every day. 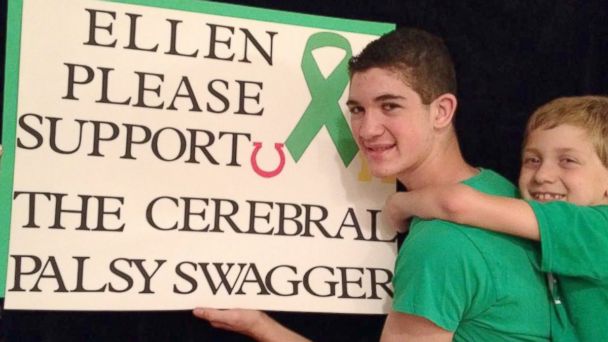